The Jihadi Bride – Banned From Britain or Welcomed Back?

When she was 15 years old, Londoner Shamima Begum left the UK with two of her friends to join ISIS forces in Syria, and married an ISIS fighter. During her four year stint out there she lost two babies to illness and now that she is pregnant for a third time, and her husband has surrendered and is no longer with her, she wants to return to the UK because she knows that the NHS will look after her unborn child.

This is obviously a very controversial subject, with many UK citizens believing she should not be allowed to come back due to her comments about not being ‘fazed’ about seeing severed heads during her time in Syria, and other comments which suggest she is not fully regretful of her actions.

Many Conservative politicians have announced that they do not feel she should be allowed to come back, and that her choices must have consequences. One argument is that it would send a bad message to people thinking about leaving the UK to join ISIS if they see that other people can go and then return to the UK with relative ease.

On the other side of the argument, more sympathetic people on the left side of politics argue that at 15 years old she did not fully understand what she was doing and that to let her stay in Syria is essentially to allow her to endure a life of pain and probably an early death.

Her family have been put through an unimaginable time, and her mother pleaded for her to come home. Shamima’s brother in law has said he wants her to be allowed home so that she can be “re-educated”. 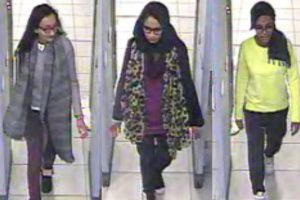 So what are the possibilities, can she come back to the UK

Well, Home Secretary Sajid Javid said he will use all available powers to stop Begum returning.

“We must remember that those who left Britain to join Daesh (IS) were full of hate for our country.”

He went on to say:

“My message is clear — if you have supported terrorist organisations abroad I will not hesitate to prevent your return. If you do manage to return you should be ready to be investigated, and potentially prosecuted.”

Security Minister Ben Wallace issued a blunt warning to Begum. He said: “I’m not putting at risk British people’s lives to go and look for terrorists or former terrorists in a failed state. People now want to come back to a country they actually hate? Well, actions have consequences.”

Because Begum was born in the UK and her parents were settled citizens here at the time of her birth, this may prevent the government from denying her entry to the UK.

In the past, the UK government has tried to prevent people like Begum from entering into the UK by depriving their citizenship.

According to the law:

(b) false representation, or

(c) concealment of a material fact.

One point that may be of particular interest to this case is the following:

If the Secretary of State is satisfied that the deprivation is conducive to the public good because the person, while having that citizenship status, has conducted him or herself in a manner which is seriously prejudicial to the vital interests of the United Kingdom.

This could well be the case with Shamima Begum, as leaving the UK to join ISIS is certainly prejudicial to the vital interests of the UK.

Have these deprivation of citizenship rules been used recently?

A Home Office Freedom of Information response in June 2016 revealed that there had been 81 deprivation of citizenship orders made in the years 2006-2015. 36 orders were made on the grounds that deprivation was conducive to the public good; 45 orders were made on the grounds that the Home Secretary was satisfied that people had used fraud or false representation to gain British citizenship by registration or naturalisation. In December 2013 the Bureau of Investigative Journalism reported a significant increase in the use of deprivation powers in 2013, in part due to British citizens travelling to fight in Syria, which is obviously something that will be looked at as the decision on Shamima Begum is made.

What does it mean to have your citizenship deprived?

Deprivation of citizenship means the loss of the right to live in the UK. It makes possible the administrative (‘immigration’) detention, deportation and exclusion from the UK of the person concerned. 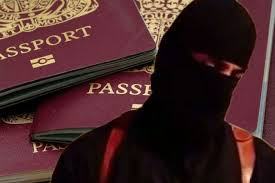 If deprivation of citizenship does occur, is there an appeal process?

Those who are the subject of a deprivation of citizenship order can appeal to the First Tier tribunal against the Home Secretary’s decision. In some cases, appeals may have to be made to the Special Immigration Appeals Commission where the Home Secretary considers that the information she relied on should not be made public.

What does Lisa’s Law think of the situation?

This is indeed a very interesting and somewhat complex situation, which has much scrutiny and pressure on it considering the amount of attention it is getting from the media.

It is our opinion that due to the fact Ms Begum was born in the UK and is a UK citizen (not by naturalisation or registration) she cannot have her citizenship deprived under Section 40 of the British Nationality Act 1981. Under this section, the Secretary of the State can only deprive a person’s citizenship if it was acquired by registration or naturalisation.

In absence of a permanent exclusion option, the Home Office may consider to cancel Begum’s passport if it is still in her possession (and not taken away by ISIS fighters) and valid or refuse to issue her a new passport.

Alternatively, the Home Office may decide to opt to go down the route of Temporary Exclusion Orders (TEO) under the Counter-Terrorism and Security Act 2015, which can be up to 2 years and renewable indefinitely.

If the Secretary of the State decides to cancel or refuse to issue Begum a passport, or a TEO is deployed, the legal uncertainties and gaps would most likely result in a protracted court action. Ms Begum’s expectation to see her families in the UK promptly may not be able to materialise.

Of course, if the Secretary of the State eventually decides not to take up either of the above option, contrary to his public announcement, Begum may well be able to come back to the UK shortly. In that circumstance, Begum will become a heavy burden on MI 5.

We will keep you up to date on this highly charged and political issue. If you have any questions relating to this or any other legal enquiries please do not hesitate to get in contact with us on 020 7928 0276 or email in to info@lisaslaw.co.uk