What does it mean for a payment to be ‘subject to completion’? Judge rules in favour of law firm after client refused to pay legal fees!

The High Court of Justice has recently handed down an instructional judgment (Blacklion Law LLP v Amira Nature Foods Ltd [2022] EWHC 1500 (Ch)) in a lawsuit between a law firm and its client. The case involved a small London-based law firm suing a multinational rice distributor and its owner-director over unpaid legal fees.

The dispute concerns the interpretation of some ambiguous terms in the retainer, written by the law firm itself. The client asserted that with the terms ‘subject to completion’, there was a no-success-no-fee arrangement and refused to pay the legal fee. The judge found otherwise despite that wording. This ruling would be readily applicable to any other disputes between a law firm and its client, as well as contractual disputes in a commercial setting.

Keep reading to learn more about this commercial law case.

The law firm involved was relatively small, but its proprietor Y was an experienced lawyer in handling legal issues relating to commercial law. Y’s firm had been providing a range of services to the company under a general retainer and its terms of business.

The client in the case was a company with an international business selling rice and rice-related products. It was listed on the New York Stock Exchange at that time (but subsequently delisted for failing to file financial reports). Its owner KC owned 60% of its shareholding and he maintained tight control on the company’s day to day operation, including its service bill payment.

In 2017, the company’s financial status came into trouble, and it was in need of fresh funds. After consulting with a financial professional arranged by Y, the company sought to raise funds by issuing corporate bonds. KC invited Y’s firm to be the organizing party of the project in communicating to banks and other law firms.

For this bond project, a time-based fee structure with a monthly minimum of £250,000 was initially agreed between the law firm and the client. KC requested to have the bill paid by an assignment of shares of the company at an equivalent market value, to which Y agreed.

This special arrangement however was not put into a written retainer, which did not occur until May and only after further negotiations and amendments. Nonetheless, Y immediately began the work from January, and several high-level meetings with banks and multiple law firms were held. Y worked tirelessly and diligently, and by the end of April 2017, more than 90% of all work had been done, and up to 643 chargeable hours were lodged.

Meanwhile, the accrued legal cost had amounted to around US$384,570, which was equivalent to £300,000 at the time. It was especially worrying to the firm at that point when it seemed that the bond project may not be successful after all.

By early March 2017, Y began to be concerned about the lack of a retainer that was signed by the client. The law firm therefore drafted a retainer for the bond project and asked for it to be signed by KC and the company. Sensing that their financial situation may not improve, KC and the company also hesitated to agree to the legal cost already incurred. After some back and forth negotiation, Y drafted a retainer with a fixed-fee arrangement at a lowered fee of £300,000.

In the final form of the retainer prepared by Y’s firm was signed at last on 3 May 2017. Among other alterations from the general retainer, it stated that “the Firm will charge the Company a fixed fee of £300,000 for the service in connection with this Matter, subject to the completion of the Matter by 31 May 2017.” It is this last line that created all the ambiguity and became the focal point of the judgment as there was ambiguity surrounding what is it that was being ‘subjected to’.

The company did not pay for the bill after the project fell through. In the ensuing trial, the company argued that the agreement between the parties was a conditional fee arrangement because it said it was “subject to the completion by 31 May 2017”. The company argued that the clause was there to condition whether a payment would be charged, and the legal fee was payable only if the project was completed in time. Evidently the project failed, and on the face of special retainer no payment should be liable. The company also submitted that as the clause was drafted by the law firm, and that the parties are commercially sophisticated, the wordings should be taken at face value.

The law firm, on the other hand, argued that the condition at that second part of the sentence did not operate on whether a payment would be charged at all, but only to determine whether the payment is to be one of fixed fee or not. The law firm submitted that the statement on the retainer should be taken to mean that if the project can be completed by 31 May 2017, then the law firm would only charge a fixed sum, but if the project was not completed, then the fixed fee would not be applicable. Presumably it would be reverted to the time-based calculation under the general retainer. 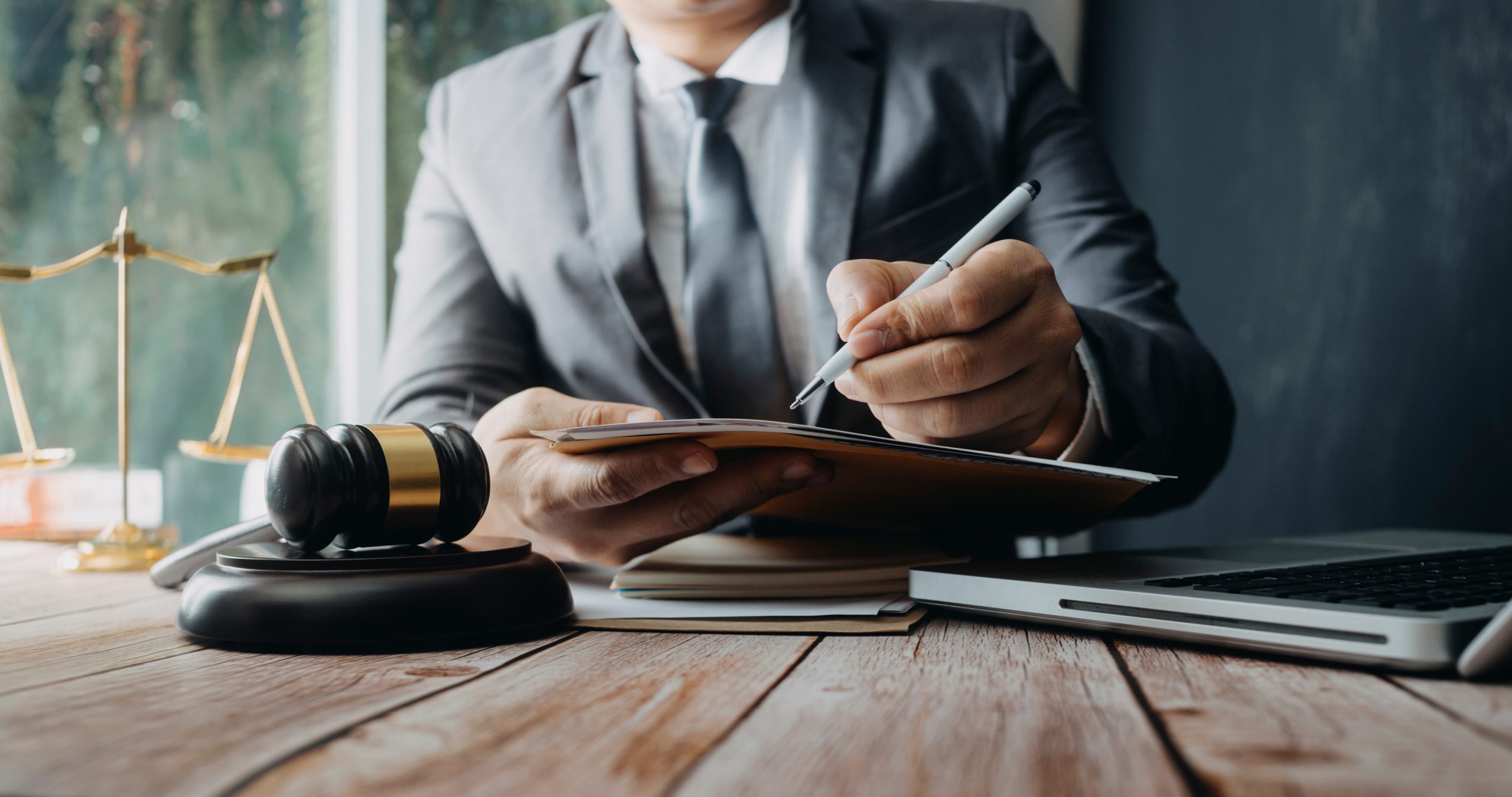 The judge at last ruled in favour of the law firm and ordered the company to pay for the legal fees. The judge sought to give a proper construction on the clause in the retainer. The law on construction is that the court will ask itself what a reasonable person, having all the background knowledge, which would have been available to the parties, would have understood the words used in the contract to mean. On top of the natural and ordinary meaning of the words, the court will look at the purpose of the contract term as well as considering business common sense.

In the judgment, the judge did find the language used to be unclear and ambiguous. The judge however refused to take the wordings at their face value, and also rejected the proposition that weight should be given to the fact that both parties were commercially sophisticated. On the contrary, the judge said that while the parties sophisticated, it does not mean that the language they use cannot be ambiguous, and the more complicated agreement, the harder it may be precisely expressed in writing.

Following fact finding, the judge found that the date of 31 May 2017 did not have any particular commercial significance for the company – it had already passed a near-term financial milestone date for the company anyway. The judge also relied on testimonies of several witnesses and found that while it is possible to have a minimum sum, fixed sum or contingent success fee on top, it was not the practice for lawyer working in bond issue to be remunerated wholly on conditional fee.

Furthermore, the judge noted that the fixed fee in the retainer was a discount from the general retainer that was based on time, and that the fixed fee of £300,000 was also cheaper than the billable time already spent. The judge concluded that it would not make business common sense for Y to tie up such a huge proportion of its human resources on a project, and that it would also not be reasonable for the firm to suggest a contingent fee in early May 2017, only to bet on the project being completed by the end of the same month, or else to receive no compensation at all. The court therefore arrived at an interpretation of the ambiguous terms based on reasonable business common sense, ruling that on a proper construction of the clause it was a condition on fixed fee, and not a contingency arrangement.

The court went on to discuss an alternative doctrine to resolve the issue based on rectification, meaning to correct a mistaken record of agreed terms. The requirement for rectification is that the parties:

1) must have a common intention in respect of an agreement,

2) have outward expression of the intent,

3) that intent continued at the time of signing

4) by mistake the agreement did not reflect that common intent.

The court considered all the correspondence between the parties up to the signing of the retainer as well as the testimony by the parties at trial. The judge ruled that the parties’ common intention was a fixed fee, not a contingency fee, and that common intention had continued from April until the execution of the retainer. The outward expression was satisfied through previous emails from the company’s agent asking for a ‘flat fee’, and from the law firm’s email replies.

The court also decided on a supplemental matter concerning standard Terms of Business. This concern the interest payable on unpaid fee. The law firm sought an interest rate of 1.5% per month that was specified under the Terms of Business. However, the Terms of Business was only referred to by the general retainer, and not by the bond project retainer. On this point, the court ruled that as those terms made clear that it would apply to all business done by the firm, then unless it was later expressly or necessarily implied excluded in later agreement, the Terms would still be applicable.

This case revealed several important matters in contract interpretation. Firstly, in suitable circumstances a court would not interpret an ambiguous contract term merely on its literal meaning. This is especially so in a commercial setting, which includes a retainer between a law firm and its client, where the court can put emphasis on whether the term follows business common sense. This is even the case when the parties are sophisticated businesses, and not least a contractual term written by the law firm itself.

As such, the keeping of evidence trail including the entire process of pre-contractual negotiation is highly important.

Lastly, although at the very end of the lawsuit the court did side with the party who had been owed a great sum of money after their service, this was not until 4 years after the event and after lengthy applications and trials. It goes to show the importance of accurately and clearly drafted contract terms, and that real future litigation risk exists if some key terms are left ambiguous.