Life can be full of unwelcome surprises.

A businessman rents out a premises from their local council, paying them rent and believing that the energy bills are included in that rent. They have never received a bill and have always assumed that the landlord takes care of it.

Once they have moved out of that property, out of the blue they are hit with a massive energy bill from a major UK energy provider, asking them to pay a huge amount of money for the energy they used throughout their time at the premises. Not only this, but interest has been added to the already massive cost.

Well, this is exactly what happened to one of our recent clients. It was our job to help him during his time of need, and we are proud of the outcome we managed to achieve for him.

The case in question:

For confidentiality purposes some of the details will be altered in this article, but it is all based upon an original case. We will refer to the client as Mr Cronin.

Mr Cronin runs a business in Sheffield, leasing out a space from the local government. When he first signed this lease, the local government had added a section which stated the tenant must also pay a regular ‘service fee’ on top of the agreed monthly rental payments. He assumed that this would cover the energy costs, and this belief was affirmed in his mind when he never received any separate energy bills throughout his tenancy.

After a few years of operating his business out of this property, the government notify Mr Cronin that he must leave, as there is a planned demolition of the building to make way for new developments.

Mr Cronin left the premises, and set out to continue his business elsewhere. That’s when he was hit with the giant energy bill, which came completely out of nowhere.

The energy provider demanded 2 years-worth of energy bills, and sent an official request letter. If Mr Cronin were unable to respond to the request letter, the next step is would be both parties attending a court hearing, resulting in a judge deciding the matter.

Extra costs can start to stack up when cases such as this reach court unsettled, which is why Mr Cronin turned to us for help. 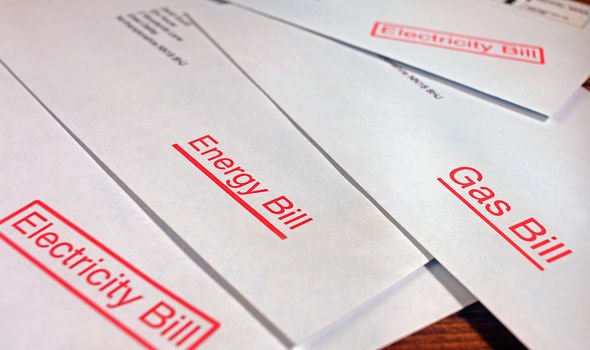 The amount that the energy provider was initially asking of our client was £50,000. A mighty sum indeed. However, they did concede to accepting £28,000 if it was paid up front. Still a very large bill to face on unexpected terms.

One of the first things we noticed was that Mr Cronin was being charged for energy used for a period after he had already vacated the premises. This is obviously not his responsibility and he should not be made to pay for energy used during this time.

Second to this, we proposed that Mr Cronin had not received any energy bills during his tenancy, and that it had only been made clear that he owed money after he had already vacated the property.

It is due to the lack of correspondence between Mr Cronin and the energy provider that we argued that there was no official contractual relationship between the two parties. Mr Cronin always assumed that the additional ‘service fee’ that he was paying would take care of the energy bills.

In the end, the energy supplier agreed to allow Mr Cronin to resolve the dispute with a figure of £10,000. This would be the entirety of the payment, with no further payments down the road. This payment will also mean that there is no judicial follow up for either parties.

It should be noted that this is a good result for Mr Cronin; in addition to avoiding the arrears that were too high to bear in the first place, he also avoided a lawsuit with a major energy provider in the event of a loss.

If the two parties had not come to some agreement before facing the courts, the result would have been far worse for Mr Cronin and at the very least more of an inconvenience for the energy provider. Financially, Cronin would have had to pay a lot more in legal fees, and the energy provider would obviously have the means to hire an expensive team of specialist lawyers – it would have been needlessly stressful and it is much better to get it sorted in advance.

When you think that the total cost was initially £50,000, and then the possibility of that increasing to around £100,000 if you consider legal fees if it went to court unsettled and even got defeated, the final payment of £10,000 is actually a very successful compromise for Mr Cronin.

What can we learn from this case?

As a lesson from the above case, we want to remind all readers who are running a business that when signing a commercial lease contract they should first carefully understand what the terms of the contract are and what it is they are paying for. Ask as many questions as you need to fully understand the situation. If anything is made unclear, do not sign the contract until it has been made clear.

In the case of service charges, these will usually go towards things such as the buildings general upkeep, and does not necessarily include any individual’s energy bills.

However, one positive that this case really highlights is the fact that no matter how unlikely a victory seems, it is always worth trying anyway. Mr Cronin came to us to challenge a huge energy provider, and in his case the underdog came out on top.

Here at Lisa’s Law we will fight your corner no matter what, and will always be upfront and practical in the advice we give.

Our team here at Lisa’s Law is ready to receive your instruction. If you have any questions relating to this topic, or have any other legal enquiry, please do not hesitate to contact us on 020 7928 0276 or email into info@lisaslaw.co.uk.