The love between a parent and their child forms the base of the strongest bond imaginable between humans, and most families will do whatever it takes to stay together. However, sometimes life gets in the way and family situations are not always going to be perfect. We recently handled a sensitive family case, and are proud of how it turned out.

The case in question:

For the purposes of client confidentiality, we will call the mother Helen, the father Vincent and their 12 year old son Mark.

Helen is a Japanese national who came to the UK on a student visa when she was 18. She met Vincent, who is 30 years her elder, while living here and together they have a baby boy called Mark.

After a couple of years of living happily in the UK as a family, Vincent was offered the chance to work in Spain, which he agreed to. Hesitant, but wanting the family to stay together, Helen agreed to move to Spain with her husband and son.

The beginning of trouble…

While living in Spain, Helen started to feel increasingly depressed and detached. She knew nothing of Spanish culture, had no friends and could not speak the language. In turn, she could not find work or be financially independent and her life was becoming more and more tedious as the months went by. Although she still very much enjoyed looking after Mark, she often felt very alone.

Additionally, the house where the family was staying in Spain was not child friendly. It lacked a proper heating system and had a leaky roof and poorly maintained flooring.

During this time, Vincent started spending less time at home as he became more and more busy with his work. This added to the loneliness Helen felt.

This feeling of isolation and sadness went on for many years, until Mark turned 10 years old.

Helen and Mark took a trip to Japan to see Helen’s parents and have a break from the challenges life in Spain involved. They had a nice time, but when it was time to return to Spain, Helen was having major doubts.

They ended up returning directly to the UK instead of going back to Spain, where Vincent still was. Helen did make Vincent aware of this before boarding the plane, and feeling very nervous Vincent called the police who intercepted Helen and Mark when they landed in the UK.

Seeing that the child was perfectly fine, the two of them were released. They went to Birmingham to stay with a friend of Helen’s.

Vincent, concerned and surprised, came back to the UK to try and sort out the issues. He still very much wants Mark to live with him in Spain. He took Helen to court and asked for Mark to be able to go back to Spain to live with him.

Due to English not being her first language, and her knowledge of the law not having much depth, Helen turned to us to learn what options she had.

Helen’s worry was made worse as she knew the odds were stacked against her. Mark had spent most of his time in Spain, and so the judge would surely see that as a sign that he should return there with his father. Helen was worried she would hardly ever be able to see her son.

This case is complicated as it involves both UK law and Spanish law. Due to the fact that Mark was born in the UK but spent many of his childhood years in Spain, the Spanish courts have the right to make the final decision on where he should stay. Of course, they will take the UK courts opinion into consideration as well.

However, since Vincent filed a lawsuit in the UK court, under the Hague Convention, the court has its jurisdiction to decide whether or not to order that Mark return to Spain, as his habitual residence. However, the UK court’s jurisdiction is limited. The discretion is very narrow on grounds of intolerability of the child and the carer (the mother), should they to return to Spain; and the child’s objection to return, although subject to suitability of age. (Here Mark is still too young for his objection to carry much weight). 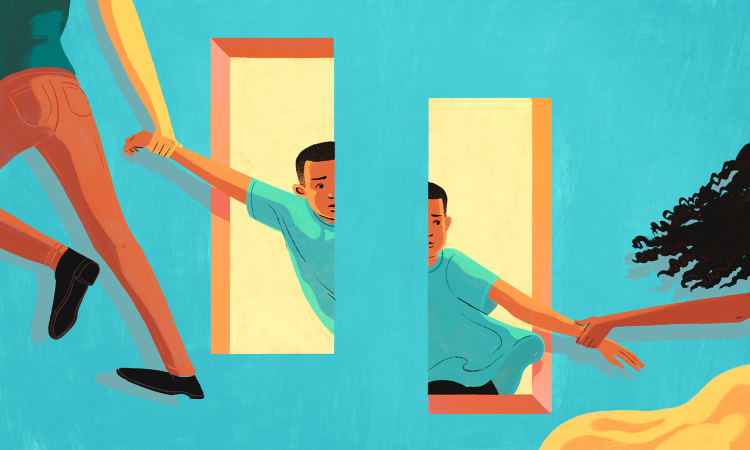 What can we do?

First of all, we need to collect various bits of evidence to prove that Helen is, and has always been, the primary caregiver of Mark. This can come in the form of photos, phone call records, various relevant data and records of school life, Mark’s medical records, and so on. This is an integral part of Helen’s case.

Since Vincent is so often working long hours and had previously been out of the country for work, his role in the family is more of a financial one, whereas the actual day to day care of Mark has been largely handled by Helen. If it would be intolerable for Helen to return, or if she could not return, then it will most certainly be intolerable for Mark to return.

A second important point is that Helen obeyed the court arrangement and took Mark to give a psychological report to CAFCASS (Children and Family Court Advisory and Support Service).

The results show that if Mark suddenly loses his mother’s care completely, it will most probably be intolerable for Mark’s to live his normal life upon return. He has spent far more time with his mother than his father and her presence in his life is paramount.

The report also clearly found that Mark would prefer to stay in the UK with his mother.

The third point is that Spain was completely unacceptable and inhabitable to Helen, and led her to suffer severe mental torture and fear to an intolerable level. In fact, according to the relevant legal test, her fear to go back needs not to be objectively real, as long as the court found her fear is subjectively genuine, it is acceptable that it would be intolerable for her to return.

In addition, our immigration expertise made valuable contribution to the case as we found that without a valid status, it is not possible for Helen to stay in the UK legally and she had to return to Japan. If that is the case, it would be impossible for Mark to visit her often enough and it would be almost certain that the situation would be intolerable for Mark.

Another part of the case that the court had to take into consideration was the fact that Vincent has had a family in the past, and his child has had a child, making Vincent a grandfather. Vincent’s grandson lives in Birmingham and has become a friend to Mark. This means that Mark has a relative in Birmingham, adding to the case that he should in fact remain in the UK.

In summary, for the best interests of the child, the judge ruled that although Mark would have to return to Spain with Vincent, he shall visit the UK to live with Helen every weekend, which is an exercise of a discretion very much in Helen’s favour, thanks to our immigration expertise incorporating her immigration status and needs. The court indeed also specifically permitted this order to be disclosed for Helen’s immigration status for the ease of her immigration application.

What we want to emphasize here is that because Mark’s main residence is still officially Spain, according to international law, the right to determine the contact and custody of Mark is actually the Spanish court; British courts have limited power in this decision, albeit with directory effect, which is very important for future proceeding in Spain.

However, as it is in the child’s voluntary choice to be with his mother in the UK, and if the child and mother are separated for long periods of time it would cause unbearable anguish for them both, we were able to win the court over to this shared custody.

This result came as a great relief to Helen, who was worried that she would get to see her son a lot less frequently.

What should Helen do next?

It must be noted that Helen returned to the UK from Japan this time with a visitor visa.

Many people know that the party holding a British visitor visa cannot stay in the UK for more than 180 days (6 months).

But of course, if she wants to apply for a parent visa, Helen must meet the relevant requirements, that is:

As long as she can meet these requirements, she should be able to attain the parental visa and be able to stay in the UK on a permanent basis!

Our team here at Lisa’s Law is highly knowledgeable in this area. If you have any questions relating to this topic, or have any other legal enquiry, please do not hesitate to contact us on 020 7928 0276 or email into info@lisaslaw.co.uk.