Coronavirus battle plan in the UK

Current data on the coronavirus (COVID-19) shows that everyone in the UK is susceptible to catching the disease and more likely than not it will have a massive effect on how the country operates.

The vast majority of those who catch coronavirus will experience mild to moderate symptoms, but it is highly infectious and the elderly and those who suffer from existing illnesses are at greater risk of severe symptoms and even death.

Children can be infected and can have a severe illness, but based on current data overall illness seems rarer in people under 20 years of age. So far, there has been no obvious sign that pregnant women are more likely to be seriously affected.

It is possible that the virus could spread at waves at a time.

As it is a new virus to humans, we have no natural immunity to it.

The following four points are outlined in the UK’s plan:

How can the public help?

The Department of Health and Social Care have released some guidelines that everyone can follow: 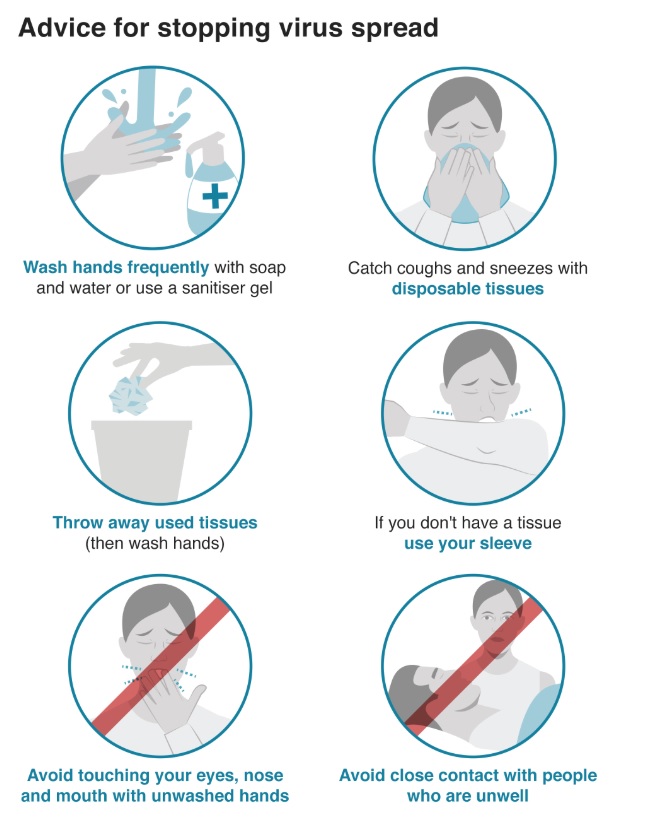 What are the people at the top saying?

Boris Johnson has said schools should stay open “if possible” and follow advice from Public Health England, however many parents are keeping their children at home if they are around to look after them.

Evidence suggested children were less likely to be infected and they were more likely to get mild symptoms, England’s chief medical officer Prof Chris Whitty added.

Closures of schools would also bring “a considerable burden”, including on the NHS, as workers would need to stay at home to look after their children.

Mayor of London Sadiq Khan said there were currently no plans to postpone the London Marathon nor to restrict public transport.

Other measures in the plan include:

If the virus continues to spread:

Companies should encourage staff to work from home where possible.

In a “stretching scenario”, it is possible that up to one fifth of employees may be absent from work during peak weeks.

Everyone will face increased pressures at work, as well as potentially their own illness and caring responsibilities. Supporting staff welfare “will be critical” for businesses.

The UK has stockpiles of medicines for the NHS, plus protective clothing and equipment for medical staff.

We will keep you right up to date with how this progresses!