Good character testing on youths – a help or a hindrance?

The ‘good character’ tests conducted by the government are carried out with the general public’s interest in mind, with their main purpose being to exclude any non-desirables from being granted citizenship in the UK. It may be safe to say that these tests and those carrying them out, on the whole, would be met with great approval in the vast majority of cases, but as is the case with most things that the government do, there are some controversies within the matter.

Too young to judge?

The Human Rights committee in Parliament have become very vocal recently about how these ‘good character’ tests are being applied to young applicants (10-18 year olds) of British citizenship. Their main concern is that children who have been born and raised in the UK are losing out on their right to citizenship because of petty misdemeanours, and that the Home Office are being too harsh in the judgements of these youths.

The question is often raised that when offences are committed by a person early on in their life, should they have massive repercussions that could last a lifetime? Obviously it depends on the seriousness of said crimes, but still this is a part of the on-going dialogue of whether or not young offenders should eligible for British citizenship.

Issuing good character tests that have been designed to assess adults can be seen as rather severe and can even lead to misleading results. Initially the requirement for good testing on youths was reserved for very serious cases, to do with crimes such as rape or murder, things like that. Yet, many children have been refused citizenship as a result of very light crimes and occasionally where no full-blown offence has been committed at all.

The Human Rights committee have said offences barely worthy of a police caution should not affect whether a youth is granted citizenship or not. They say that it is inappropriate to add this weight to the shoulders of children who do not know any other country other than the UK, which has always been their home. 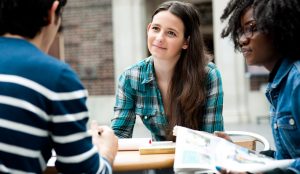 Details of the ‘good character’ tests:

Type of offences that may impact a good character test (including but not limited to below):

Consequences of these actions:

Government expectations when assessing good character, addressed to the parents of the child: 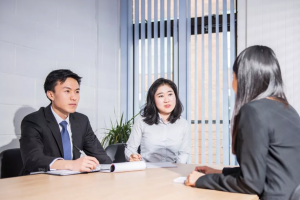 The process of registering children born in the UK to immigrant parents has been shrouded in controversy for other reasons too, mainly due to the high costs involved in the application.

Registering one child costs £1,012, which gives the government a profit of £587 per individual case. Over the past 5 years the government has made an estimated £100,000,000 through these registrations alone.

These high registration fees will hinder children from less affluent backgrounds from exercising their rights to UK citizenship.

So, while these tests are vital to the vetting process that the Home Office are required to carry out, is the line being drawn too close to minor offences, or should even the slightest crime have an impact when children are trying to become British citizens? We’d be very interested in what our readers have to say on this heated topic!

In the meantime please do not hesitate to get in contact with us regarding this matter or any other legal issue. You can call us on 020 7928 0276 or email in to info@lisaslaw.co.uk.